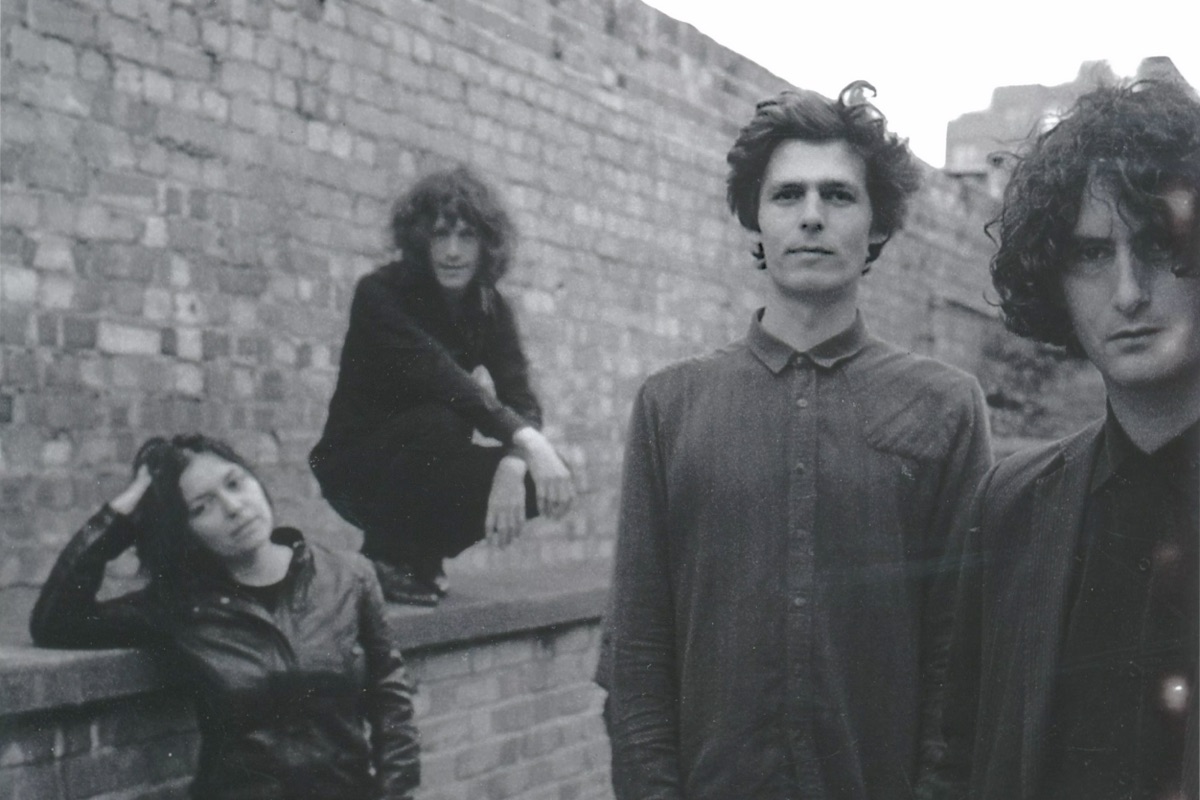 What was the most wonderful gig you ever played?
Most recently we had a great one in Berlin, there was a great feeling and energy from the audience.

Where would you absolutely love to play?
Mexico would be super cool. The US. Venezuela one day.

How would you describe your music to someone who hasn’t listened to it yet?
Slightly demented.

Describe the perfect stage outfit.
A tennis outfit from the 70s.

Please describe your worst studio experience.
A very long time ago I was given the opportunity to spend 2 days recording in a private 24 track studio for free which was a massively cool thing.

I had this 10 minute track I wanted to do which I was hoping to be very ethereal and out-there, like a drumless Durutti Column mixed with MBV or Slowdive. I had already done a version of it on 4 track and it was a pretty cool track but I was limited my portastudio, and I was really excited to layer up a wall of sound with lots of reverberating delayed guitars, feed-back and distant echoing vocals.
The possibilities were endless, I thought.

Unfortunately I was quick to discover within the first hour or so that the engineer hated distorted guitars and he also said that any kind of feedback was a studio “mistake” that had to be avoided. He quickly began to establish rules in this weird way that I didn’t know how to navigate around and banned me from doing anything that disagreed with his ears and taste, which essentially meant everything that I wanted to do.

There was no way to find any common ground or fight against him because I didn’t know how to use the gear and he was in control of it. It was clearly going to be a total disaster but I thought I’d soldier on in a stoned haze trying to suppress my unease, mounting fear of artistic panic.

Anyway, he permitted me to layer up some acoustic guitars instead because they didn’t irritate him as much. He also allowed me to record some vocal “aahs” that given the right treatment and loads of effects would have sounded ok, but after denying me the basic human right to cover my vocals in effects it came out sounding like a crime against Shoe-gazing music, deservedly punishable by some kind of fate worse than death.

It was sounding beyond shit but at some point I think I may have managed to steer it towards a place that was slightly less shit than completely shit.

Later in the day I took a long-ish break so that he could begin mixing it a bit better as wanted to do it without me there for some reason. I was told that was quite common so I left him to it and tried to imagine how it might sound if I looked on it from a more positive perspective.

I came back to discover that he had added his own falsetto harmonies all over it. Not normal harmonies but clever harmonies like “9ths” and “7ths” because he had studied music and knew better than me. They were particularly loud in the mix it seemed to me.

I didn’t know whether laugh or cry, or just punch myself in the face to freak him out.

Eventually I managed with some tact to persuade him to do two final mixes, one with his falsetto harmonies and one without. Either way I don’t recall much reverb being added to anything.

I don’t think I did anything the next day in the end.

At the time it didn’t seem so amusing as it does now.

Which things must always be in your tour bag?
All the essential things.

Which song never fails to make you sing, hum or whistle along?
“Aisha” by Death In Vegas.

What was the first song you fell in love with and why?
I think The Cure “A Forest” because of its intense dreamlike, otherworldly quality. I think that’s when I first discovered music could really hypnotise and take you some place else.

Which program was the last you binge-watched?
American crime stories, the drama series on Netflix about the murder of Versace.

Your favourite misbehavior?
Winding up Maya, the family cat.

What did you want to be when you were growing up?
A non-physical entity of some kind.

The most beautiful woman and/or man in showbusiness?
Bruce Willis.