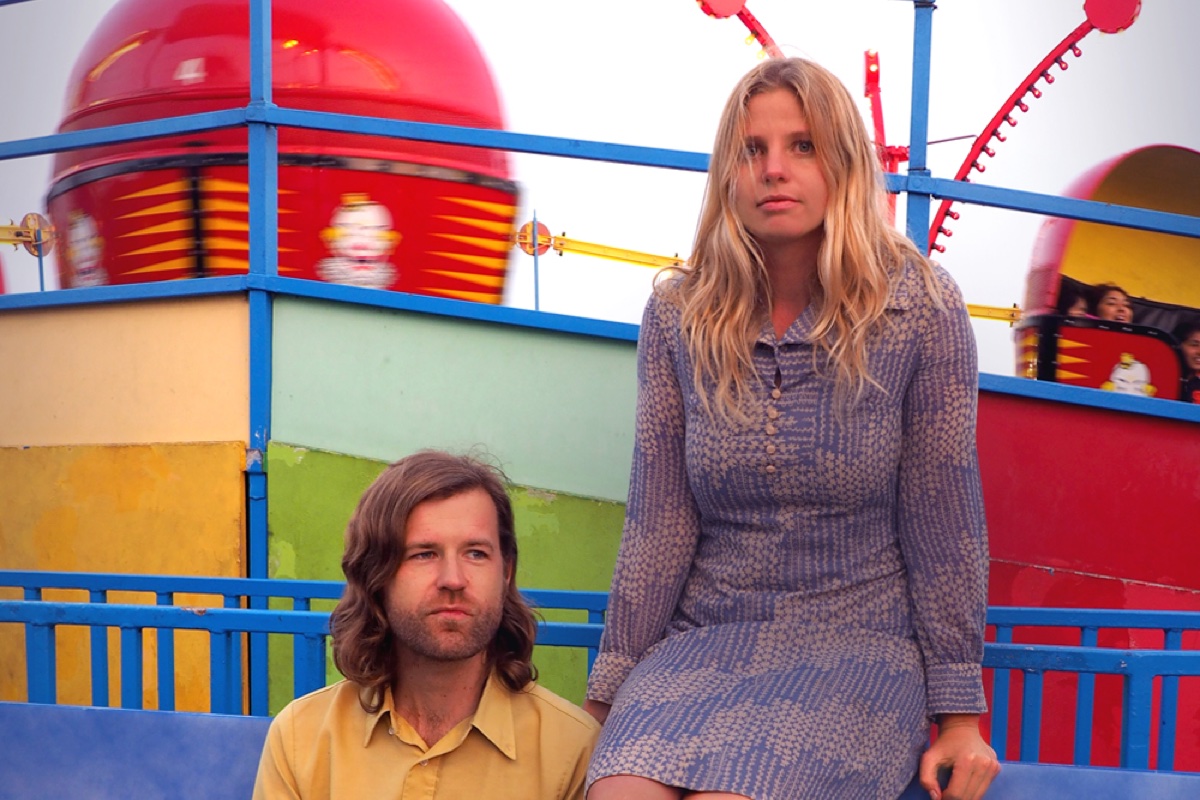 Sängerin Ash Reiter hat unseren Fragebogen beantwortet. Ihre Musik klingt nach “if Brian Wilson had dropped acid on the beach in Brazil and decided to record an album with Os Mutantes and The Flaming Lips, it would sound like this— featuring space-age sounds and far-out frequencies from the tripped our tropics.” Da sind wir doch dabei!

What was the most wonderful gig you ever played?
I throw a festival every year around summer solstice called Hickey Fest. It takes place in the Mendocino Redwoods by the Eel River. Playing that is always very special. Our whole music community and beyond gather for the weekend and the setting is just so beautiful, you can’t beat it.

Where would you absolutely love to play?
We are playing Paradiso in Amsterdam on this tour and I have been told by many people that it’s there favorite venue in the world so I am very excited about that one. Eventually I would love the chance to play some places we haven’t been yet like Japan, New Zealand, Australia and Brazil. Touring is such a cool way to see places because you have hosts every where you go so you get to see real parts of the city and culture without feeling so much like a tourist.

How would you describe your music to someone who hasn’t listened to it yet?
I always liked what our bio says.
“If Brian Wilson had dropped acid on the beach in Brazil and decided to record an album with Os Mutantes and The Flaming Lips, it would sound like this— featuring space-age sounds and far-out frequencies from the tripped our tropics.”

What’s your best memory of seeing live music?
When I was a bit younger living in the Bay Area there was a small club in San Francisco called Amnesia that was having it’s hey day. It was the hub of my music community and I saw so many friends play amazing shows there, bands like Assateague, Indianna Hale, The Blank Tapes, The Wrange of Light Wilderness and fpodbpod. Our friends worked there and we would have afterhours parties once the bar shut down. I think we all made a lot of friends at Amnesia. It’s probably where I got to know Sean Olmstead who is in our band now after years of admiring his playing and songwriting with his band fpodbpod. It was so intimate there people were really comfortable and would play their hearts out. Those shows at Amnesia will always remain among my favorite musical memories.

Describe the perfect stage outfit.
Chelsea boots because they are narrow and let me use my toes to fiddle with pedal board. Pants so I don’t get self conscious about someone looking up my skirt while I’m on stage. A fancy top so I feel dressed for the occasion.

Please describe your worst studio experience.
We went to a studio to record a song for a compilation and the engineer was very sexist. He wouldn’t listen to anything I had to say. He would only talk to the guys in the band even though I was the one writing and performing most of the parts. He kept sayin “if you wanna sound pro…” I was about ready to pull my hair out. If you wanna be pro treat women like professionals too!!

Whitch things must always be in your tour bag?
A book to head, running shoes, floss, headphones, and the blue Dunlop guitar picks.

Which song never fails to make you sing, hum or whistle along?
Minor Swing by Django Reinhardt.

What was the first song you fell in love with and why?
The Cars – My Best Friend’s Girl. My parents had it on vinyl and I would have my mom play that one for me when I was little. I’m not sure why. I guess it just made feel good to listen to it and sing along with my mom

Which program was the last you binge-watched?
GLOW.

Your favourite misbehavior?
I probably drink too much coffee. I’m also a procrastinator but a productive one. If I’m really supposed to be getting something done but can’t bring myself to do it I’ll do the dishes or laundry or work out it the garden instead. I think it eases the guilt that way.

Your favourite Weired Food Quirks?
I’m allergic to quinoa. I always feel weird putting that on a rider or explaining to friends before a dinner party. Other than I’m not too weird I just like to eat healthy (lots of fruits and vegetables) which is hard to do on tour sometimes.

What did you want to be when you were growing up?
When I was little I wanted to be a painter or author. I still think I might write something someday.

The most beautiful woman and/or man in showbusiness?
I think our drummer, Will Halsey is pretty great but I might be biased because I married to him.

The greatest musical genius (dead or alive)?
Greatest is tough word. I tell you a couple bands that I think nailed their sound and I could listen to over and over again Television, Os Mutantes and Talking Heads.