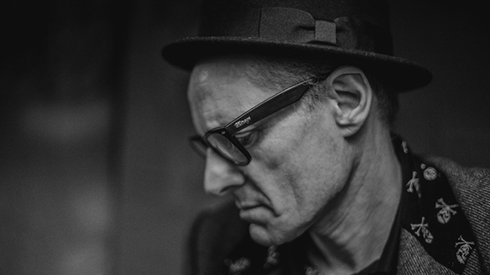 What was the most wonderful gig you ever played?
L’olympia Paris in December 2004. It was a venue all be it rebuilt that has evoked and staged so many brilliant moments in modern music from Sylvie Vartan supporting the Beatles to Lou Reed singing with Nico.

Where would you absolutely love to play?
Iceland.

Please describe your worst studio experience.
All experiences are different with their ups and downs

What would your music sound like if Elvis had never existed?
I would sound like a hybrid of Pat Boone, not bad.

The title of the book that touched you most is…
Wow that is a difficult one. I think The Beachcomber annual by JB Morton. Beachcomber was a series of surreal and very funny newspaper articles and the annual was a collection that my Dad gave to me and I loved it because it created a surreal world and was profoundly witty.

Which ringtone do you use?
The manufacturer’s first choice. I never changed them. If I could choose it would be Noddy Holder’s ‘Going up’ used in a lift in an art gallery in Walsall but I don’t know if that has ever been made into a ringtone

Which song (except your own songs) do you know by heart?
Curly by the Move and Hippy Hoorah Jack Dutronc.

Boxer shorts or briefs?
Both.

Which Beatles song deserves a decent cover (by you)?
‘Long long long ‘ from the white album.

Which TV show is essential?
Batman the 1966 series. Especially the episodes with ‘The penguin’ in.

What would you be today if you had not become a pop star?
A teacher oh wait a minute I am …………

In which band would you like to play (except your own)?
‘The Fenton ukulele orchestra’ if it existed.

What’s your favourite instrument?
The ukulele.

The most beautiful woman/man in showbusiness?
Walter Matthau or Elizabeth Taylor. I was such a big a big fan of Matthau that /I taped over an interview I gave because there was a Mathau video I wanted to watch ‘The plaza suite ‘classic.