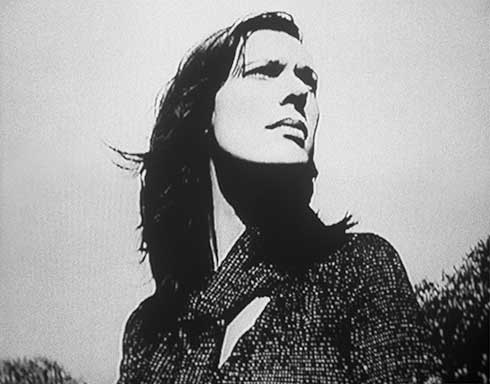 What was the most wonderful gig you ever played?
There have been a few. We played at a big communist fest in Italy, Rome, it was just after 9/11, Blond Red Head had just arrived from NY , they were shook and shocked… still they played fabulously and we came on after them. There were about 7000 people there, and everyone was listening, I could almost hear those ears listening. It was a real experience in sharing the music. I think it’s what I like best, when people are focused and we’re all united, and that’s happened a few times in our carreer, and these are the best gigs for me, the ones I remember for a long time.

Where would you absolutely love to play?
I like to play rooms that have a great acoustics. Theaters works well – I love places like the Barbican in London, where ever you’re sitting the sound is good, and it is a good experience on stage too. Churches work a treat for singers…
I would like to play l’Olympia in Paris! And roof tops too!

Please describe your worst studio experience.
I think the recording of our 2nd lp „Transient Random Noise Burst“ was my worse recording experience. I had no idea what I was doing and resented having to go the the studio everyday. The creative process can be very painful at times!

What would your music sound like if Elvis had never existed?
I can’t really tell…

The title of the book that touched you most is…
D’autres vies que la mienne, by JC Carrere.

Which ringtone do you use?
Something that makes a noise so I can hear my phone but nothing special.

The most beautiful love song ever is called…
A woman was busking on the tube -some years ago now-, she sang an amazing love song, alas I dont know the title of it… maybe it was one she wrote, and the way she sang it carried it to special hights, special hearts.

Which song (except your own songs) do you know by heart?
„The Look Of Love“, Burt Baccharach.

Which Beatles song deserves a decent cover (by you)?
„Obladi Oblada“ deserves a complete scratchmix!

Which TV show is essential?
TV is becoming less and less essential, if it ever was.

Please tell us your favourite joke.
Who was 1st? The chicken or the egg?
It depends who got laid first!

What would you be today if you had not become a pop star?
I don’t see myself as a pop star… So it’s difficult to imagine.
I would have liked to have been a journalist.

In which band would you like to play (except your own)?
An African music band who plays heady grooves!

What’s your favourite instrument?
The balafon.

The greatest musical genius (dead or alive)?
The birds orchestra.

How would you spend an unexpected gift of 1000 Euro (you’re not allowed to invest in alcohol, cigarettes, drugs, holidays or prostitution)?
I’d organise a big picnic for all my friends, and share some exquisite foods and moments!

After Stereolab, do you want to continue as a solo artist, or do you maybe have in mind to found or join a group in the future?
Well in case you didn’t know I am already continuing to play music as a solo artist. And at some stage I would like to play with 2 other people and form a trio -always wanted to try this format.