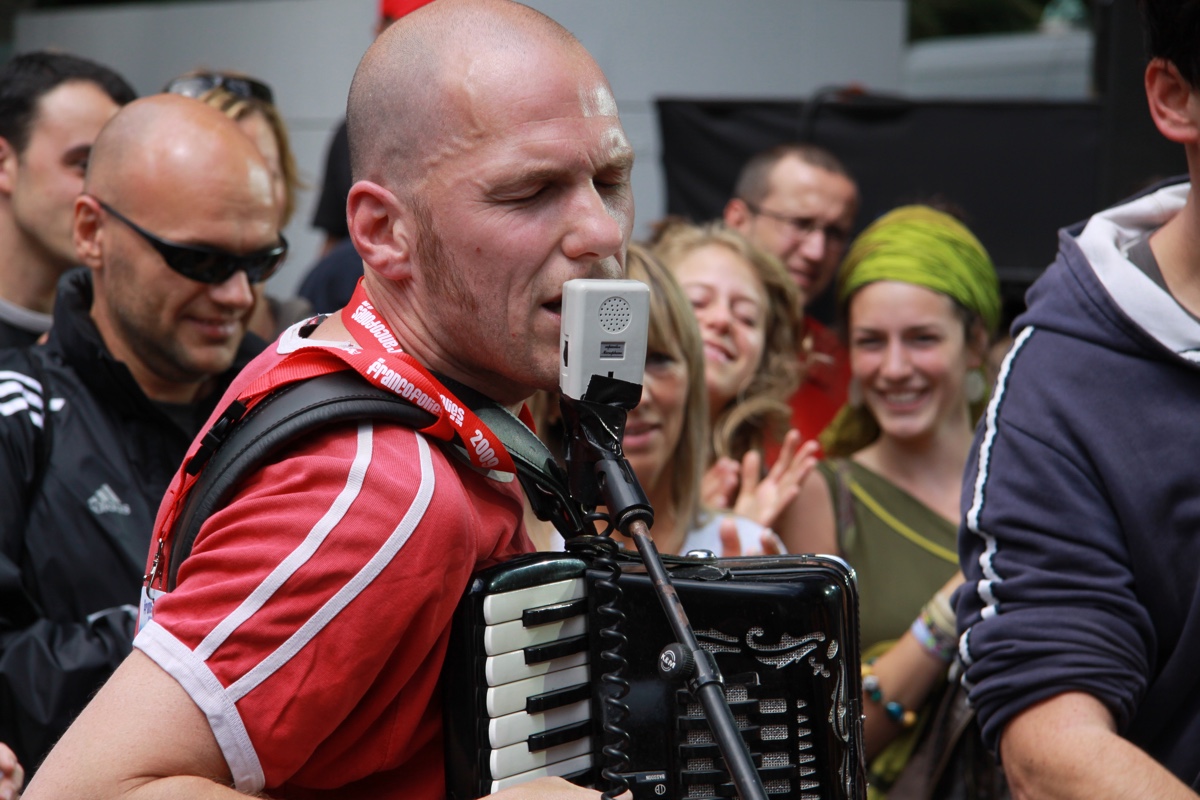 What was the most wonderful gig you ever played?
There were lots of them of course, but an amazingly hot and steamy one for sure was at the Fusion Festival in Lärz, Germany, indoor in the Datcha (the name of the venue in a customized bunker)

Where would you absolutely love to play?
Up till now, we never played Roskilde in Denmark, that could be a nice one, I imagine :)

Please describe your worst studio experience.
I once did a last-minute recording for a theatre play: not having prepared well enough, I really had a hard time to get the (not so easy) score recorded

What would your music sound like if Elvis had never existed?
No idea, but there would surely be a difference, I guess, as in my very early band years I covered „Be Bop A Lula“

The title of the book that touched you most is…
Love in times of Cholera (G.M. Marquez)

Which song (except your own songs) do you know by heart?
„Il“ by Les Négresses Vertes, about the dog’s life of a guy and his dog

Which Beatles song deserves a decent cover (by you)?
Come Together

Which TV show is essential?
Every TV show bringing and promoting music and culture in general.

Please tell us your favourite joke.
About a bar with a joke club: the members knew so many jokes, they just gave them numbers, to go faster. After having overheard the club members, constantly doing numbers and upon that instantly breaking out in laughter, an occasional visitor wants to try as well. But nobody laughs whens he goes „44“. After trying again „44“ , with no result, one of the regulars comes to him saying: „You don’t tell it the right way“.

Describe the perfect stage outfit.
A retro suit and coloured shirt, like Les Négresses vVertes used to wera. Thinking about it, I have to try that one day…

What would you be today if you had not become a pop star?
No idea, I don’t considder myself as a pop star :). But answering the question a bit more: maybe I’d run a music café

In which band would you like to play (except your own)?
La Mano Negra, if it would still exist

What’s your favourite instrument?
that must be the accordion :)

The greatest musical genius (dead or alive)?
There were and are several, but if I have to name one, here’s a cliché: J.S. Bach

The most beautiful woman in showbusiness?
For me, that was one of the background vocalists of Les Négresses Vertes, in the time they were still performing.