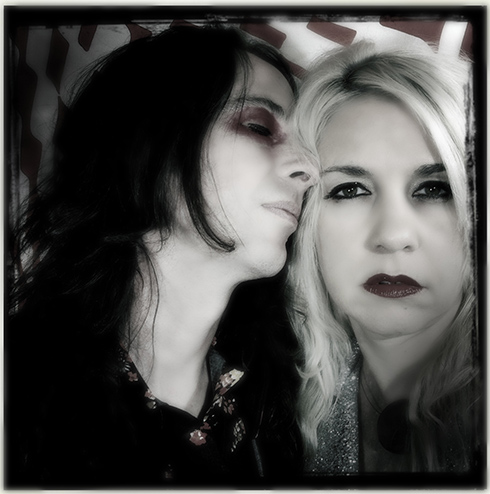 What was the most wonderful gig you ever played?
Ego Sensation: Opening for The Cult at the original Fillmore in San Francisco.
Dave W.: I’d have to say the same as Ego. I’ve always wanted to play there and doing it in support of The Cult was the icing on the cake.

Please describe your worst studio experience.
EGO: That’s a tough one. Most of my studio experiences have been pretty positive. I guess the worst was when Martin Bisi made us wait 3 hours before he’d turn on the heat in his studio in the dead of winter.
DW: One of the first times I was in a real studio was Hyde Street Studios in San Francisco. That’s the place were all the greats of 60’s SF scene recorded records. I knew a guy who was a second engineer there that would use the studio from midnight to 6am to get experience on the gear. When we started mixing he didn’t have a clue as to how the band should have been mixed, nor would he listen to my suggestions. Every time would leave the room I jump on the console and start to remix what he had done. Upon returning he’d change everything I did not knowing I had done anything. This went on and on…it was frustrating to say the least.

What would your music sound like if Elvis had never existed?
DW: Something tells me people would have created spacey music even if Elvis never existed. It is at the core of our existence.
EGO: Who knows? Maybe none of us would have been born if he never existed or if he became an accountant.

The title of the book that touched you most is…
EGO: The Art Of Worldly Wisdom
DW: Fahrenheit 451

Which ringtone do you use?
EGO: The standard one.
DW: I don’t know, my phone is always in silence mode.

The most beautiful love song ever is called…
EGO: „The Last Goodbye“ by Jeff Buckley
DW: „Genesis“ by Jorma Kaukonen

Which song (except your own songs) do you know by heart?
EGO: Moonlight Sonata by Beethoven.
DW: It’s been so long since I’ve played someone else’s song that I’m not quite sure if I could play one all the way through. Possibly Neil Young’s „Cinnamon Girl“.

Boxer shorts or briefs?
DW: I don’t wear underwear.
EGO: Both, but only in velvet.

Which Beatles song deserves a decent cover (by you)?
EGO: Baby You’re A Rich Man.

Which TV show is essential?
DW: None, I don’t own a TV and could careless what it has to offer.
EGO: TV is not essential.

Please tell us your favourite joke.
DW: I heard that Willie Nelson died! He was playing On The Road again.

Describe the perfect stage outfit.
EGO: Anything Freddie Mercury might have worn.
DW: Anything tight, colorful and glittery.

What would you be today if you had not become a pop star?
DW: I have no idea. This is all I’ve ever wanted to do. Maybe a Hobo of a different kind I guess.
EGO: A spy.

In which band would you like to play (except your own)?
DW: Public Image Limited.
EGO: The Flaming Lips.

The greatest musical genius (dead or alive)?
DW: Dead would be John Cage. Alive it would have to be Steven Drodz of The Flaming Lips.
EGO: All members of Queen.

How would you spend an unexpected gift of 1000 Euro (you’re not allowed to invest in alcohol, cigarettes, drugs, holidays or prostitution)?
DW: I’d buy some music gear. Guitar pedals, an amp or a synth.
EGO: How is it a gift if I can’t buy booze with it?