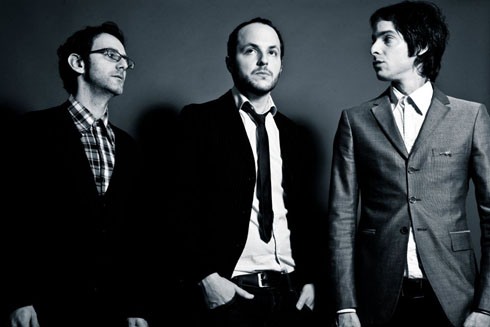 What was the most wonderful gig you ever played?
Usually, unless something went out really wrong, I’d say “last night’s gig”, Cause I’d still be buzzing. but to pick one- it would be our album launch took that place in January in Tel Aviv.

Please describe your worst studio experience.
Been trying to record the vocals “The ballade of the Burnin’ Moon and His Lady Shadows” – which is a track on our new album – for 3 days, and couldnt get it nailed. Not only the name of this song is complicated…

What would your music sound like if Elvis had never existed?
More Gene Vincent oriented, I guess.

The title of the book that touched you most is…
Death and the Penguin.

Which ringtone do you use?
A simple old- telephone- style one.

The most beautiful love song ever is called…
I wanna be your dog.

Which song (except your own songs) do you know by heart?
That’s Amore By Dean Martin.

Which Beatles song deserves a decent cover (by you)?
None. No point doing covers you can’t top. Cant think of a single beatles cover I really like. Maybe except for the cheesy easy listening ones. Or 2-3 sixties soul covers. But that’s about it.

Which TV show is essential?
The Prisoner.

Please tell us your favourite joke.
People with a fine sense of humor wouldn’t tell jokes.

Describe the perfect stage outfit.
Bowie during his Berlin years, the whole variety from white suits to black lather.

Your favourite candy?
I don’t do candies, really. Im addicted to Cini Minis morning cereals and that’s about that.

What would you be today if you had not become a pop star?
An architect. A space pioneer. A bam.

In which band would you like to play (except your own)?
I’d love to jam with Paul Weller’s band, or BJM, or Jon Spencer.

What’s your favourite instrument?
That must be a Telecaster fender guitar.

The greatest musical genius (dead or alive)?
Bowie. For years I’ve been trying to deny it, but no more.

The most beautiful woman in showbusiness?
Chrissie Hynde.

How would you spend an unexpected gift of 1000 Euro (you’re not allowed to invest in alcohol, cigarettes, drugs, holidays or prostitution)?
Put it in my bank account, start to cover up the minus I have there. Im trying to be responsible nowadays.