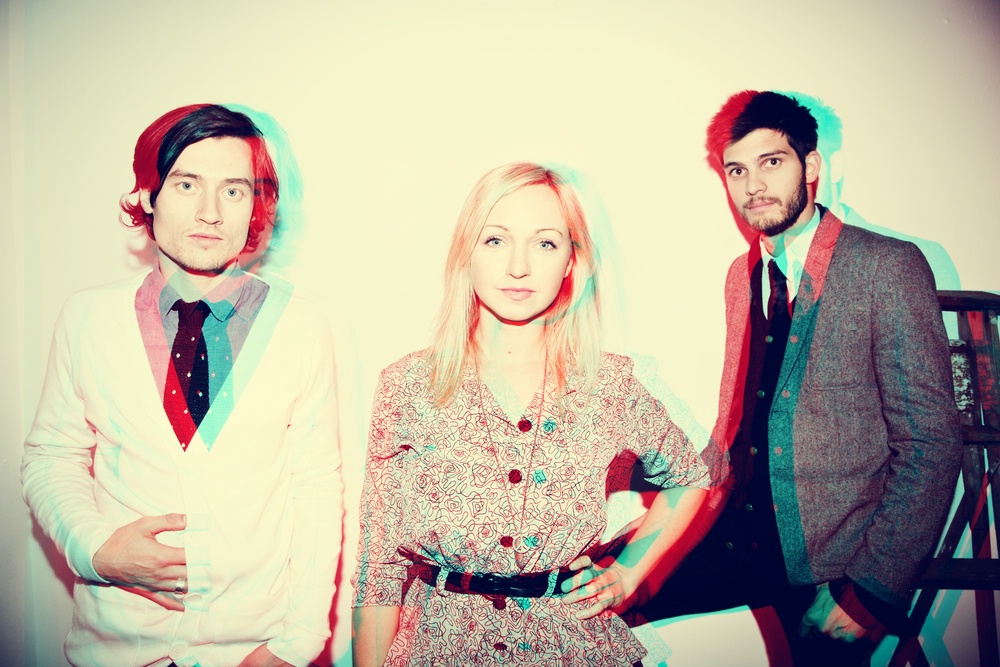 1. What was the most wonderful gig you ever played?
We played quite a few gigs in our hometown of Vancouver during the 2010 Winter Olympics my favorite was this one in Robson Square downtown in front of 10,000 local Vancouverites. The whole city was a giant party for 3 weeks. It was like time stopped and people just celebrated.

2. Where would you absolutely love to play?
Latin America would be cool be, I hear the crowds are amazing.

3. Please describe your worst studio experience.
In Toronto with this producer a few years ago. We didn’t really know what we were doing and he just kept leaving us to go golfing and was doing drugs. It was a totally unhealthy experience. The relationship dissolved after about 6 weeks but before it did, he was doing lines in front of us and then trying to rewrite our lyrics with us. I just shut down.

4. What would your music sound like if Elvis had never existed?
That’s like asking what the earth would be like if there was never and ice age. It’s really hard to say. I guess like modern – slightly electronic skiffle, haha. Or maybe we’d be finally figuring out that there was an Elvis shaped hole in the music world and filling ourselves.

5. The title of the book that touched you most is…
„A million little pieces“ or „the 5 people you meet in heaven“

6. Which ringtone do you use?
„Crickets“

7. The most beautiful love song ever is called…
„Lover, you should have come over“ by Jeff Buckley

8. Which song (except your own songs) do you know by heart?
Many…I love singing Ray Lamontagne stuff his song „Empty“ is amazing.

10. Which Beatles song deserves a decent cover (by you)?
Michelle

11. Which TV show is essential?
„Boardwalk Empire“ and „Game of Thrones“ tie for 1st place on this one.

12. Please tell us your favourite joke.
All of them are offensive. Hmmm…
Q: what do you call a man with no arms and no legs in a pile of leaves?
A: Russell (Get it? Rustle?)

14. Your favourite candy?
Not a huge sweet tooth…dark chocolate with sea salt

15. What would you be today if you had not become a musician?
I’d be a nutritionist or working in outdoor recreation somehow.

16. In which band would you like to play (except your own)?
A new one that doesn’t exist yet.

17. What’s your favourite instrument?
Guitar or piano. I really like piano but only just started playing it.

18. The greatest musical genius (dead or alive)?
Wow…these questions really force opinions I don’t actually have. Too many to claim a „Greatest.“ Depends on the type of music. One of the classical greats though maybe. Bach for melody perhaps. My hero is Paul Simon though.

19. The most beautiful woman in showbusiness?
Again…so hard to choose. My mother.

20. How would you spend an unexpected gift of 1000 Euro (you’re not allowed to invest in alcohol, cigarettes, drugs, holidays or prostitution)?
Take the band for massages on the road.