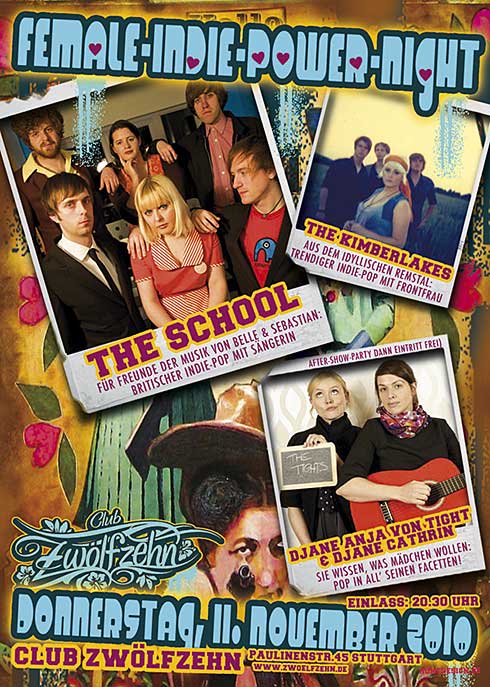 Please describe your most embarrassing moment on stage.
In Sheffield 2 years ago our old drummer was so drunk he fell off the stage.

Can you list all the things you lost on tour?
Leads, fairy lights, that’s it I think – we’re quite thorough on tour. But we have had to go back on two occasions for my keyboard and my suitcase.

We’d love to hear from you that your latest record isn’t your best one.
When we first recorded our album I thought it was the best thing we could do, but lately the new songs I’ve been writing are bigger and better, so I’m just really excited about the next album! So, yes, it’s a big cliche, but I think I’m more excited about the new one now, I’m afraid! It’s taken so long for the first one to come out…hopefully when it finally gets released I’ll remember how happy I am with it… sounds confusing I know!

Which was the last movie you saw in cinema?
Where The Wild Things Are.

Which was the last album you bought?
Race Horses.

Which was the last book you threw into the corner?
‚Handmade Nation‘ – Levine and Heimerl. I didn’t throw it though, I just put it down in the corner gently, I liked it.

Which song makes you run on the dancefloor?
Way Better Now – Speedmarket Avenue.

The world’s best live club?
So far, The Luminaire in London, and Debaser in Stockholm – but we’ve hardly played anywhere yet.

Why are your concerts the best ones?
They’re fun to watch, and good to sway and dance to.

If your music was food, what would it taste like?
Strawberry and chocolate. Chocolate orange.

Are the Beatles overrated?
No!

Which question do you absolutely want to be asked?
Oh I don’t know, anything really! I quite like interviews.

A gig-blog member always claims that Elefant Records is the best label in the world. Do you agree? And if you do, why is that so?
Yes. Because they are the loveliest people who genuinely put music and their bands first, and they understand indiepop. They have transformed the music scene in Spain and put faith in small bands like us. It was always to plan to be an Elefant band eventually (whether they wanted us or not!), I just didn’t think it would happen so soon. 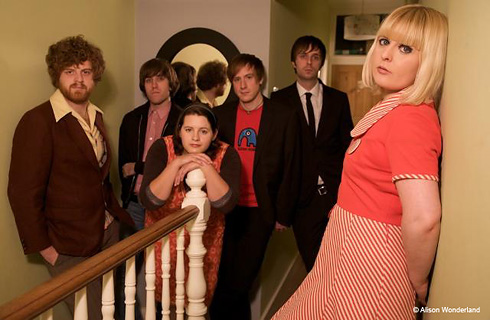