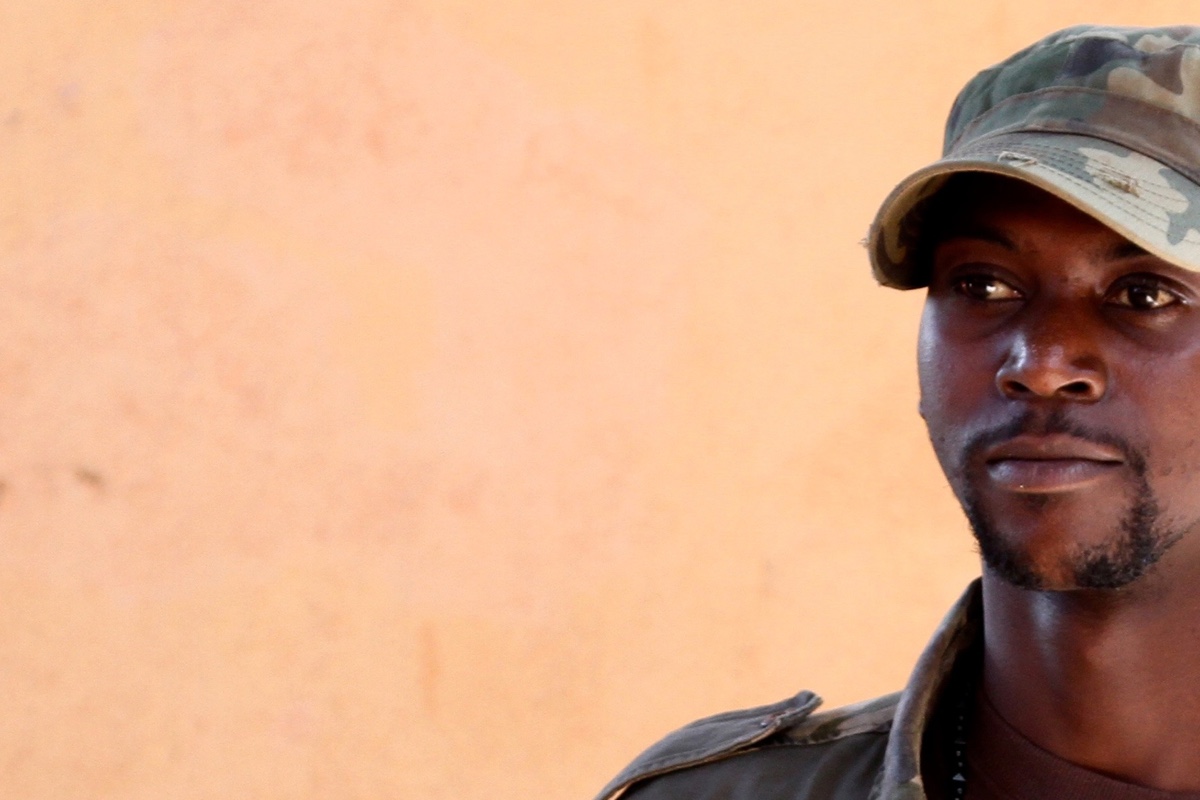 What was the most wonderful gig you ever played?
Wow, the answer to this question resonates in me as if it was yesterday evening nearby. certainly I did a lot of hot concerts in Africa and a little bit in Europe, but the one I find most beautiful was the one in Palmengarten on August 13, 2013 in Frankfurt, yes it was really cool!

Your worst studio experience?
I was supposed to record demo songs for the producer with my band in a studio in Bamako. It was urgent, and we were coming back from a very tired trip. We slept even during the recordings, we were all very disgusted and our own music that we love to play so much had become like a chore. That day we did really nothing good in the studio because nobody wanted to play music that day,

What would your music sound like if Elvis had never existed?
I don’t know what elvis you’re talking about. In the musical field I know a certain Elvis Presley by name, but I haven’t listened to his music much, so I’m not familiar enough with his music, which doesn’t have any influence on my music. I am an original African and it is the African culture and its traditions that give the sound of what we do, even if it is true that we mix modern instruments and sounds with our own traditional African instruments and rhythms. I would answer this question better if I were asked about fela Kuti or Super Biton de Ségou…

The title of the book that touched you most is…
I am a believing and practicing Christian. I believe with conviction that belief in God is the only thing that gives real meaning to our existence. That is why the book I read most and which has a major impact on me is called „the holy Bible“. I read and meditate every morning on this book without ever getting tired of it, it is wonderful for me. But beyond the religious field, the book that touched me a lot is „unlimited power“ of the American tony Robbins!

The most beautiful love song ever is called…
I am not a charming singer, Ben Zabo. I am a committed artist, that’s why they call me the Bwatun warrior! I don’t know enough about love songs, but I think that…. „Night white satin“ by Moody Blues

Which song (except your own songs) do you know by heart?
oh là, that’s get up stand up Bob Marley. I’m a big reggae fan and used to play a lot of bob marley songs when I was a student and my friends and I played in bamako clubs. I hadn’t started my solo career as an artist, so we didn’t play our own songs for fear that someone would steal them from us, so we played the songs that already exist and that people like

Which Beatles song deserves a decent cover (by you)?
It’s „let it be“, I love this song and I’ve even already started this work to cover it in a rhythm, a groove typically African. Maybe I’ll sing it in English and in my mother tongue, we’ll see what we can do with it. There’s also the song „hotel california“ from Eagles that I want to cover in the same spirit African music, Malian afrobeat!

Your favourite candy?
when we were kids, our parents told us that candy rots our teeth, so I don’t like candy but I still prefer pork sausages!!!!

What would you be today if you had not become a pop star?
I’m not yet a pop star. I’m just a young Malian artist trying to promote his music. In Mali, it’s difficult for a young artist like me to live only on music. Music doesn’t pay well here, and there are not enough opportunities. To live and make music I have chosen to be a teacher, and even when I am very famous in music, I will continue to practice this profession as a teacher, I find it very rewarding to transmit my knowledge to children.

In which band would you like to play (except your own)?
If it’s in Mali, I’d like to play in Habib Koite & Bamada’s band, just because he plays something I find special. Most artists play the same repertoires here, but Habib has his own style and I like that. But outside of Mali I would have liked to have played in the Femi Kuti band from Nigeria!

What’s your favourite instrument?
I love the sound of the saxophone more than any instrument in the world. unfortunately I don’t know how to play it, because I didn’t have the opportunity to learn. Wind instruments have disappeared with Mali’s old great orchestras such as the Rails Band, Super Biton de Ségou, Kanaga de Mopti etc. Unfortunately, here in Mali, we no longer have musicians who can play brass.

The greatest musical genius (dead or alive)?
for me it’s jimmy hendrix!

The most beautiful woman in showbusiness?
Her name is Alicia Keys, she is really beautiful and I dream of the day when I can meet her and say: „Madam, you are really beautiful“! I hope God will give me this opportunity very soon, say „Amen“!

What may our readers expect from a Ben Zabo gig?
Great, that would just be a boom. I was saying that I am an original African, and as an original African artist my first role is to make people dance as we know how to do every time. With Ben Zabo, I assure you that we don’t sit down to watch, but we get up to dance whether you’re young or old. we come to put rhythm and energy in the air, and you’ll forget all sorrow and dance. It will just be groovy, that’s Ben Zabo the Bwatun warrior.