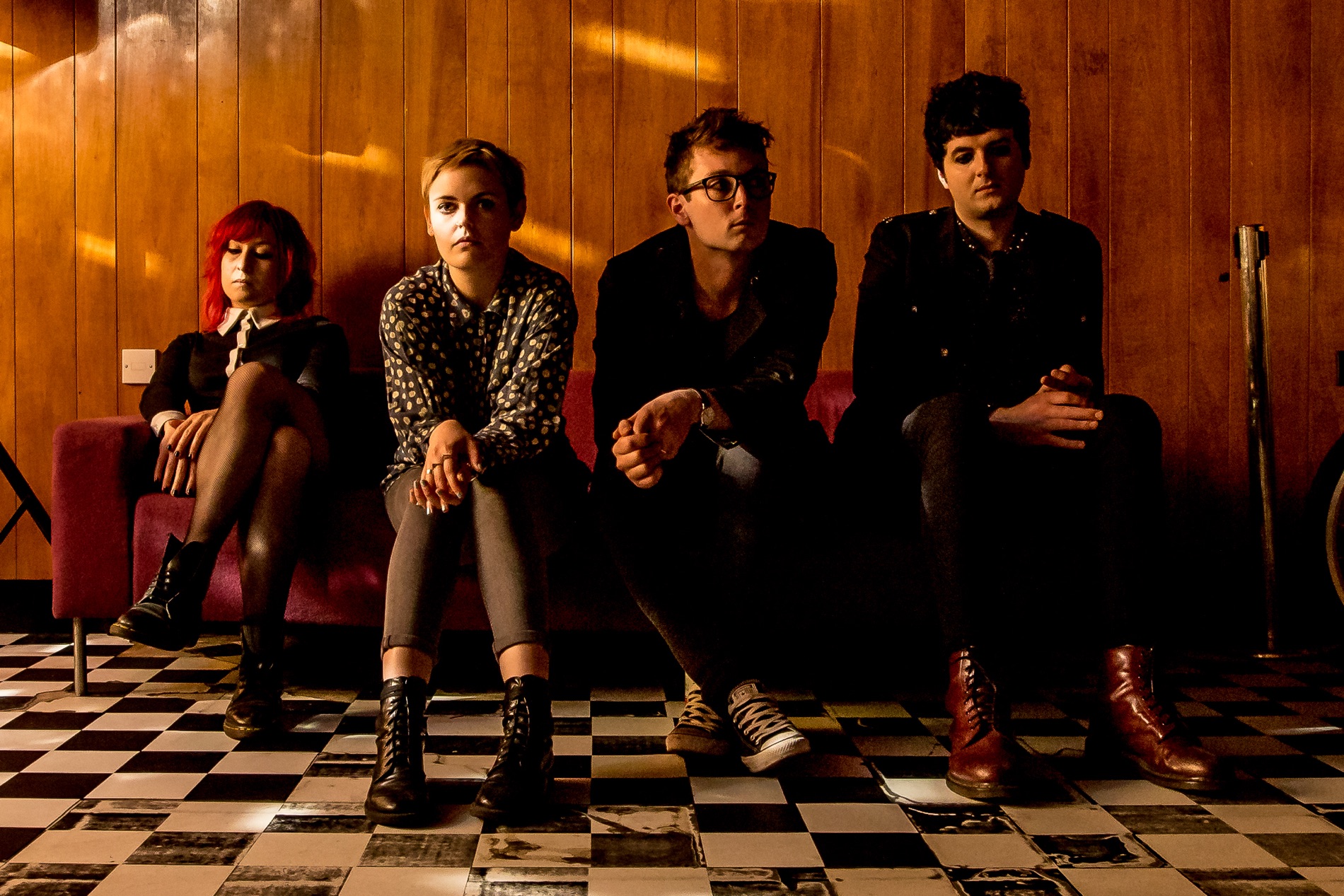 What was the most wonderful gig you ever played?
The London Calling festival in Amsterdam was quite special. The largest group of people we’d played to at the time and we were all terrified to the point of nausea beforehand. It went really well, and some girls who were about 12 came up afterwards and said they loved us and I nearly cried. I also particularly loved our album launch gig at the Lexington which felt really triumphant.

Where would you absolutely love to play?
Madison Square Garden. It would also be amazing to go to Japan. Actually, I live really near what used to be the Rainbow Theatre (where loads of great 60s/70s artists played, and where Jimi Hendrix set fire to his guitar!) in Finsbury Park in London, and every day when I walk past it I think about how it’s such a shame it’s not a venue any more. So in an ideal world, that would be open, and it would be magnificent, and we would headline.

Please describe your worst studio experience.
Recording the song Good Luck from the EP was a bit fraught because a) it’s quite hard to play/sing b) we decided to do it live and c) we are anxious perfectionists.

What would your music sound like if Elvis had never existed?
Better, probably.

The title of the book that touched you most is…
Riddley Walker.

Which ringtone do you use?
The iPhone’s Summit tone, because it reminds me of Vicious Pink’s ‚8:15 to Nowhere‘

The most beautiful love song ever is called…
‚We Could Send Letters‘ by Aztec Camera.

Which song (except your own songs) do you know by heart?
Everything XTC and the Smiths released and all of OK Computer.

Which Beatles song deserves a decent cover (by you)?
There’s no point in covering the Beatles really, but ‚Taxman‘ must have been pretty exciting to record – it feels like it’s about to explode.

Which TV show is essential?
The Simpsons.

Describe the perfect stage outfit.
A shimmering beacon of transfigurative light, paired with jeans and a flattering t-shirt of your choice.

Your favourite candy?
Candy corn, sour things, popping candy because it gives me the giggles.

What would you be today if you had not become a pop star?
Very bored and ever so slightly angrier than I am now.

In which band would you like to play (except your own)?
Radiohead, or the B-52s back in their day. The Sound. The Cocteau Twins. The Associates!

What’s your favourite instrument?
The ondes Martenot and the 12 string guitar.

The most beautiful woman in showbusiness?
Your mother.

How would you spend an unexpected gift of 1000 Euro (you’re not allowed to invest in alcohol, cigarettes, drugs, holidays or prostitution)?
I’d spend it on facilitating a situation whereby I could take some time off working my day job and do loads of writing, watching films, reading and making things.