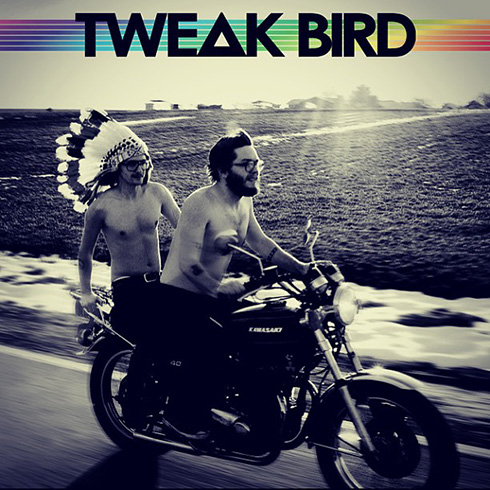 What was the most wonderful gig you ever played?
A gig I haven’t played yet, it exists in my mind though, all of you are there and we’re all really happy.

Where would you absolutely love to play?
Maybe we could play inside a vacuum with everyone breathing through oxygen masks and listening through headphones.

Please describe your worst studio experience.
We usually have a lot of fun in the studio, if anything I’d have to bring up how much fun we had in the studio this last month recording our new album.

What would your music sound like if Elvis had never existed?
We wouldn’t gyrate our hips as much?

The title of the book that touched you most is…
Cats cradle.

Which ringtone do you use?
What’s a ringtone?

Which song (except your own songs) do you know by heart?
None?

Which Beatles song deserves a decent cover (by you)?
Good day sunshine.

Which TV show is essential?
Tweak bird does not support television, unless they support us.

Please tell us your favourite joke.
I live in Los Angeles so this one is pretty funny to me.
Q: what did the one legged valley girl say?
A: not even!

Describe the perfect stage outfit.
I think you’d have to dig up some tomb somewhere to find it.

What would you be today if you had not become a pop star?
I guess we’d be guys playing music.

In which band would you like to play (except your own)?
Grateful Dead.

What’s your favourite instrument?
Any!

The most beautiful woman in showbusiness?
Billie Holiday.

How would you spend an unexpected gift of 1000 Euro (you’re not allowed to invest in alcohol, cigarettes, drugs, holidays or prostitution)?
A motorcycle.