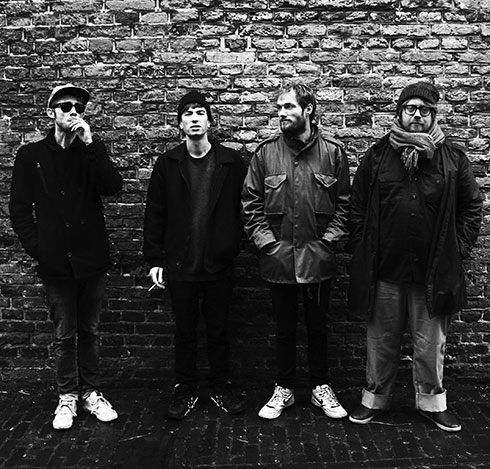 What was the most wonderful gig you ever played?
Hm, some of the early ones were pretty great, you know before we got signed or anything. Just building it up oldschool. In newer times I guess Roskilde12 was pretty amazing since it was the largest audience we’ve tried (25.000). Also there was a couple of concerts overlooking the ocean in Spain as well, back in 2007 that was really beautiful..

Where would you absolutely love to play?
The colosseum in Rome or the Giza pyramids.

Please describe your worst studio experience.
When we cut our first album we had a song called Grasshopper we were trying to record. It had a pretty long improvised outro and the technician couldn’t turn some 10 min max control off in pro-tools. So we did like 10 takes before he finally got it. That was pretty tiring..

What would your music sound like if Elvis had never existed?
Silence.

The title of the book that touched you most is…
For my sake, it’s the Divine Comedy by Dante Aligheri.

Which ringtone do you use?
A Standard Bell Sound seems satisfying.

The most beautiful love song ever is called…
Quicksilver Daydreams Of Maria by Townes Van Zandt.

Which song (except your own songs) do you know by heart?
Tons.. Lots and lots

Which Beatles song deserves a decent cover (by you)?
Perhaps „Because“?

Which TV show is essential?
The Mighty Boosh

Please tell us your favourite joke.
One of us is Batman. Please do not share this information with anyone.

What would you be today if you had not become a musician?
A bum. Or a scientist.

In which band would you like to play (except your own)?
Blur.

What’s your favourite instrument?
Probably the organ. Or the recorder. Or the autoharp. Furthermore, the guitar, bass and drums also has a certain significance in our lives..

How would you spend an unexpected gift of 1000 Euro (you’re not allowed to invest in alcohol, cigarettes, drugs,
holidays or prostitution)?
Clothes and vinyls. And shoes.