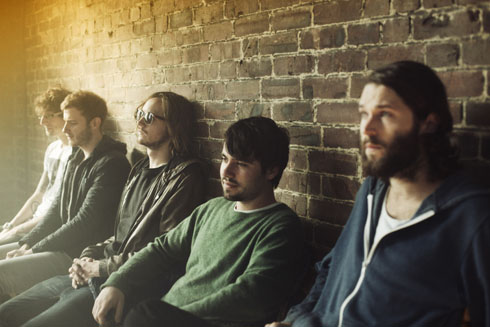 1. What was the most wonderful gig you ever played?
It is still to come. But maybe so far,  Reading festival – earlier this year. There was a good vibe at that show, and lots of people came out and sang with us.

2. Where would you absolutely love to play?
We would love to play in Japan. I think if we get to go there with this band then we’ve achieved everything we want to.

3. Please describe your worst studio experience.
There was one time in Holland where we had to play live on the radio – a studio performance and it was just as England reached the penalty shootout of the quarter final of the Euros. Nobody else cared but i was trying to watch it through 4 glass windows whilst playing our songs. That was an intense time for me. We lost the penalty shoot-out and went out of the Euros.

4. What would your music sound like if Elvis had never existed?
It would sound even less sexy than it does now, if that can be imagined. And we’d use less hair product.

5. The title of the book that touched you most is…
A History of Shark Attacks.

6. Which ringtone do you use?
My phone is permanently on silent , so that i don’t have to answer it – i think it is set to an old telephone. Jon, our drummer’s is currently Love Gun by Kiss.

7. The most beautiful love song ever is called…
Love Gun by Kiss.

8. Which song (except your own songs) do you know by heart?
All of them.

10. Which Beatles song deserves a decent cover (by you)?
Happiness is a Warm Gun or Rocky Racoon.

11. Which TV show is essential?
Seinfeld. 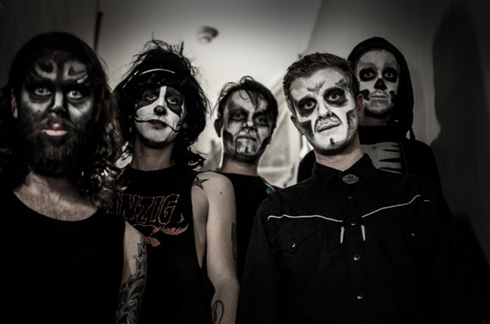 13. Your favourite candy?
The British Double-Decker.

14. What would you be today if you had not become a musician?
Depressed and confused.

15. In which band would you like to play (except your own)?
One Direction or jLS looks like a great time. I’d do that for a little while, just to get a taste. Then leave and form a prog band.

18. the most beautiful woman in showbusiness?
Natalie Portman and Alison Brie.

19. How would you spend an unexpected gift of 1000 Euro (you’re not allowed to invest in alcohol, cigarettes, drugs, holidays or prostitution)?
You really think we would spend €1000 on prostitutes? Haha. We would spend it all on continental condiments so we would never be without pickle, hot sauce, salsa, chutney or relish ever again.