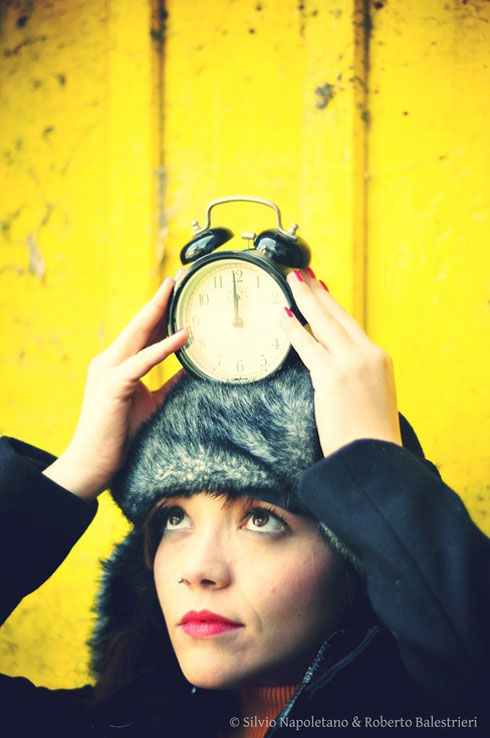 What was the most wonderful gig you ever played?
The best gig of my life was the Caterraduno Festival in Senigallia where I played with the famous italian piano player Stefano Bollani. There were about 5000 people and there was an incredible energy between the musicians on the stage and the audience below.

Where would you absolutely love to play?
I’d like to play in NY … I think it could be really exciting for me.

Please describe your worst studio experience.
The second day we were recording my first album ‘dodo, do!’ I had a little squabble with my producer Gianni Maroccolo and it was really sad for me because it was my first experience in studio! I was so excited! Luckily we became friends soon!

What would your music sound like if Elvis had never existed?
Elvis is one of the most important figures of popular music.I’m sure about that, but I’ve never been influenced by his music.

The title of the book that touched you most is?
The little prince by Antoine De Saint-Exupery

Which ringtone do you use?
I used “mushaboom” by Feist but ..damn! I never heard the calls! So now I use classical ringtones!

The most beautiful love song ever is called?
Take me somewhere nice – Mogwai and Vedrai Vedrai – Luigi Tenco

Which song (except your own songs) do you know by heart?
Elliott Smith- Ballad of Big Nothing

Which Beatles song deserves a decent cover (by you)?
Michelle. Wonderful song.

Please tell us your favourite joke.
un uomo entra in un caffè, splash!… the translation is: a man comes in a cafè… splash! (The joke, in italian, is in the word caffè that can be coffee and cafè)

Describe the perfect stage outfit.
Using a different outfit every performance makes me feel so creative so I choose dresses depending on my mood and expressing myself.

Your favourite candy?
Gelée with fruits!

What would you be today if you had not become a pop star?
An ethologist.

In which band would you like to play (except your own)?
Radiohead or Coldplay.

The most beautiful woman in showbusiness?
Jacinda Barrett.

Is the Festival of San Remo still a target to aim at for an italian young indie-pop musician like you are? Or do you think that participating will undermine one’s credibility and personal estimation?
I think that music is the key. If I went to Sanremo Festival with a great song, there would be nothing bad or negative. Good music is good in every place, in every language, in every time.